Life Coach for Children & Teenagers / Suicide Intervention Coach
​
Kevin’s career has always been associated with working with children and teenagers. The early part of his career was spent teaching English in Taiwan to children of all ages. Whilst there, he met and married his wife Camille and became father to three of his four children. One of the greatest pressures he found whilst living there was the importance that society placed on perfection in all things.

Three years after he returned, Kevin decided to attend a two-day training event with the Coaching Academy. This reaffirmed the direction his career would now take with young people, as it was a natural progression from what he had done previously. The course ignited a passion in him to develop his coaching expertise further. Kevin has a love of learning and found the transition great fun. Kevin is now a highly successful coach with a passion for working with children and teenagers. 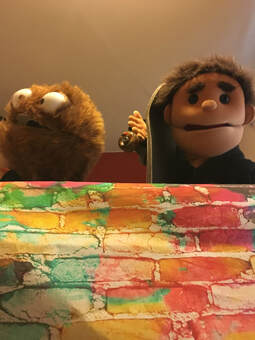 ​Spike and Nutz, are two puppets that Kevin will sometimes use in his sessions with clients. ‘Spike,’ is a boyish, boy who always asks lots of questions, likes skateboards and actually has one! ‘Nutz’ is a coconut puppet, who is always lively getting into trouble. Kevin commented “It’s surprising how children and teenagers will open up when interacting with puppets which in other circumstances may have been difficult for them.”

A second area of coaching where Kevin is highly skilled is being a Suicide Intervention Coach. This is an extremely unique area. He found he could take personal experiences from when he was young and transform them into the skills needed to demonstrate the understanding, care and patience needed with a client in crisis. In his work, Kevin has found the two most common sets of people needing help through this are teenagers and middle-aged men. The greatest challenge for Kevin is to be able to intervene at the right time, proactively equipping clients with the skills to enable them to take their lives in a different direction. It is this aspect of his work he finds the most rewarding as a Coach.

Being a Life Coach is not being a Swimming or Sports Coach! This still surprises him along with the fact, that many in the United Kingdom perceive that your life has to be failing for anyone to require a Coach.

Kevin has learnt far more from talking and sharing expertise with other experienced Coaches compared to the rather narrow focus of some of the expensive coaching courses available. In particular they have helped him to understand the pressures and dynamics of running your own business successfully.

Did you know Kevin wrote ‘501 Things to do while on hold?’ This book emerged as a consequence of him arriving in the UK and constantly being placed on hold whilst trying to locate his luggage (which did a round the world tour for ten days). The book is full of practical ideas, fun and silly things. It’s well worth a read as a dip-in book.

Lastly, Kevin has been married to his beautiful wife, Camille, three times but has never been divorced!
Connect with Kevin:
LinkedIn
Facebook here & here