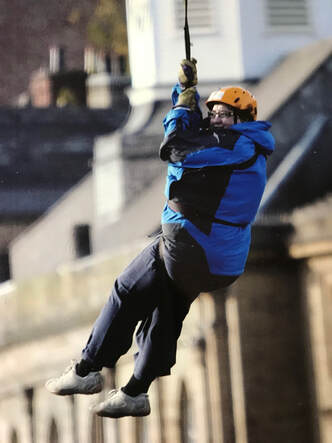 Integrative Personal Development Coach
​
Sue Murphy is an enthusiastic and passionate coach who is an advocate for both Neurodiversity and women that would like to address their alcohol consumption. Her background, which led her journey into coaching, stems from both her career and own-self. Her former career was working within Children’s Services leading the development of the Sure Start programmes in deprived areas. Sue always gained satisfaction from enabling people to use their own skills to  want to improve and become  their best. In her own life, up to eight and a half years ago, Sue had a problem with the amount of alcohol she consumed. It was through the great support that she had that Sue gave up drinking and, along with her previous career, wanted to support and coach others.

On her journey to becoming a qualified Coach, what surprised Sue the most was the vast amount she actually discovered and learnt about herself. Her impression before commencing training had been one where you would be taught a toolkit and the skills needed and then off you would go. She never imaged it would be about her own growth as a person. She was also astonished at the breadth of approaches, styles and techniques within Coaching.

For anyone considering a career in Coaching, be prepared for the ‘slow-burn!’ - just because you gain the title and a recognised qualification it doesn’t equal a queue of new clients lining up at your door. Secondly, to carefully choose a well-recognised and recommended Coaching qualification to develop your expertise.

The biggest sense of achievement for Sue within her Coaching is seeing clients gain that sense of self-worth, seeing the potential they are able to realise and finding the solutions from within themselves. Far too often people are far too busy beating themselves up and putting themselves down. Sue introduces clients to self-compassion and the time to create space so that the brain can then begin to find the solutions which are required itself. Sue loves seeing the difference that a simple question or the fact that someone has reflected for themselves to find a solution. A client’s self-realisation and shift (with that light bulb moment) is worth its weight in gold.

Sue sees a range of clients. There are two areas where her expertise lie and need to be celebrated. The first is working with ladies, mainly between the ages of 40-60 years of age who have drinking problems, originally perhaps had a drink as a reward after work and would not like the stigma of attending a group program such as ‘AA.’ Sue is able to draw and empathise on her own experience of this through being a Integrative Coach. Her second niche is addressing Neurodiversity (conditions such as Dyslexia, Dyspraxia and some forms of autism). This includes not only Coaching individuals with these conditions not to put limits on their potential but also to educate employers to the vast benefits and skill sets individuals with these conditions can have and can benefit the workplace.

Sue is an active Soberistas member. As part of Sue’s own celebration, six months after she had stopped drinking, she did a Zip Wire challenge off the Tyne Bridge! It was not until she had stepped over the rail onto the ledge and looked down that the nerves took over. Despite this, off she flew which resulted in  her being on the greatest high and having a  sense of exhilaration for the rest of the day.

External inspirations to Sue include: Nancy Kline, author of  Time to Listen  in terms of being a Coach and the importance of giving quality time to listen; Steve Peters author of the Chimp Paradox and the genius behind how he uses the chimp as a metaphor that people understand and can relate to; Nancy Doyle founder and Chief Executive of  Genius Within  CIC – how she campaigns and is an advocate for finding the hidden skills within people; and listening to the Dalai Lama and Bishop Desmond Tutu having a conversation on the joy of life and the many interactions it has within it. 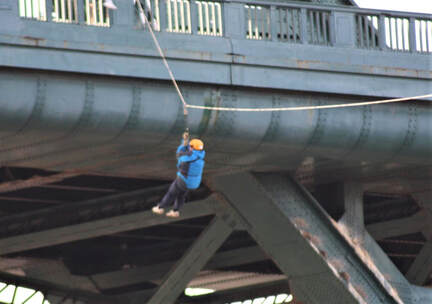